This granola recipe is a standard go-to recipe with countless variations. It has only a hint of maple syrup for sweetness and uses applesauce for added moisture without relying on additional sugar or oil. I love using a fruity, medium-intensity extra virgin olive oil or virgin coconut oil as a main flavor agent,  along with a dark maple syrup, rather than having these ingredients in the background. The spices, nuts, seeds, and dried fruit you use can be totally up to you.

You’ll want it to sprinkle it on everything, eat it on its own, and will soon become a staple.

Preheat the oven to 300 degrees F. Line a baking sheet with parchment paper.

Put the buckwheat groats, pecans, walnuts, and coconut in a large bowl. Put the applesauce, olive oil, maple syrup, cinnamon, vanilla, and salt in a medium glass measuring cup. Mix to combine. Pour the mixture over the buckwheat mixture. Stir until well mixed.

Spread the mixture in an even layer on a baking sheet. Bake 25 minutes, then stir the mixture. Bake for another 15 to 25 minutes, until the mixture is dry to the touch. The granola will firm as it cools. Let cool completely, and store in an airtight container. 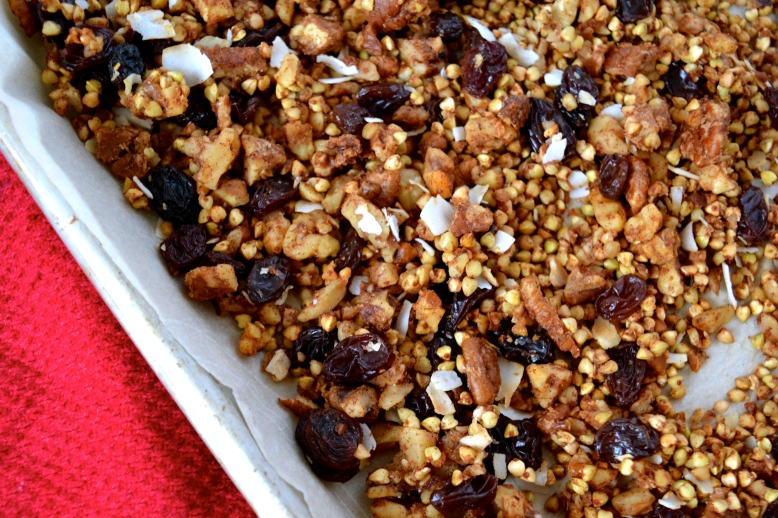