A version of this dish has made its way into many family gatherings and dinnertime for as long as I can remember. I’ll admit that Mom’s version is a little different, though many of the ingredients were easily altered to make something same for everyone in our family to eat. The key here is to ensure your potatoes are super smooth—if you have a potato ricer, you’ll want to use it. Without one, I rely on some meticulous mashing skills. 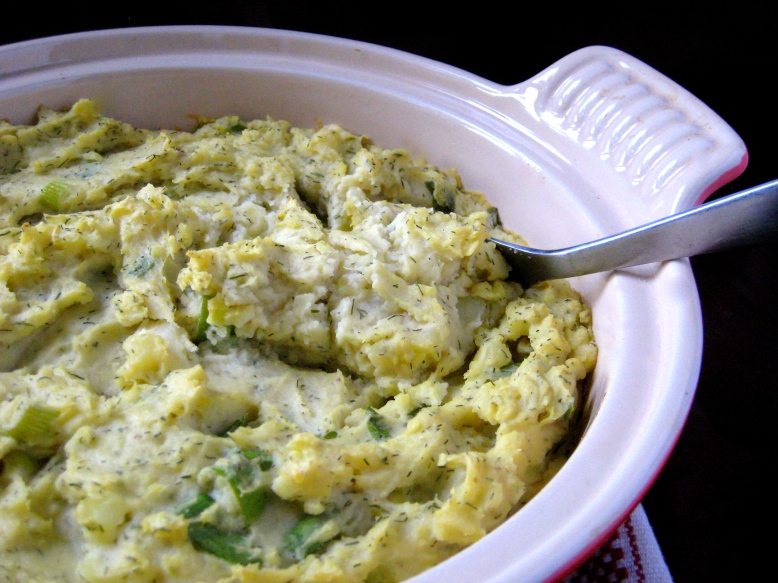 While the potatoes are cooking, put the 2 cups of the nondairy milk and 2 tablespoons of the vinegar large measuring cup. Let stand about 5 minutes until curdled. Using a cheesecloth or coffee filter, strain the mixture until there is about 1 cup of curds remaining. Discard the drained liquid. Put the curds, nutritional yeast, tahini, and mustard  in a food processor. Process to combine. Pour the mixture, along with 3/4 cup of the remaining nondairy milk. Bring to low heat and cook until warmed through, then remove from the burner.

When the potatoes are nearly finished, preheat the oven to 350 degrees F. Lightly oil a 1 1/2 to 2 quart casserole dish.

Drain the potatoes and put them back in the pot. Mash well. Scrape the mixture into the bowl of a stand mixer or a large mixing bowl. Turn the mixer to the lowest setting and slowly pour the nondairy milk mixture into the bowl, letting beat until smooth and creamy. Stir in the scallions, dill, remaining cider vinegar, and season with salt and pepper to taste, adding the remaining nondairy milk if needed.

Scrape the mixture into the prepared dish. Bake for 22 to 26 minutes, until heated through and the top starts to turn golden. Serve warm. 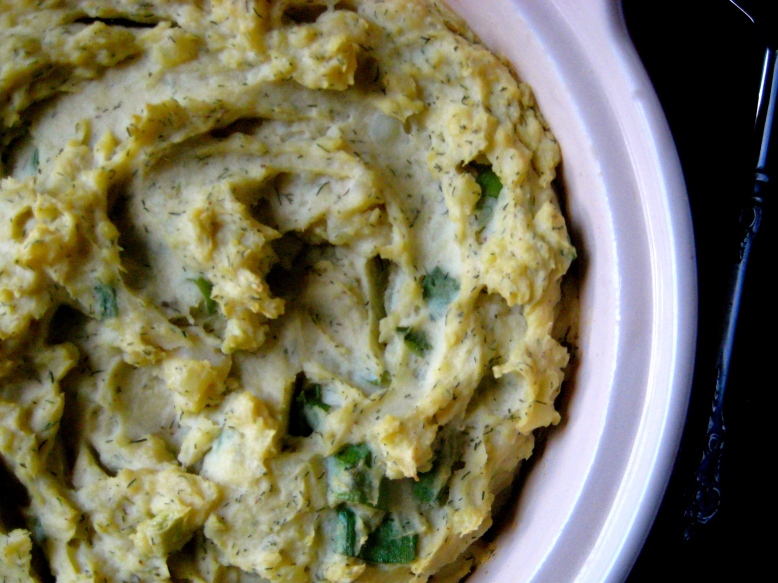